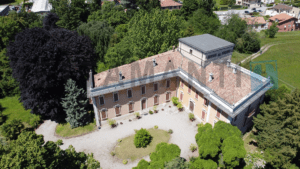 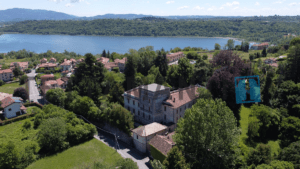 A villa an history: in these years of work in the real estate field I have understood that selling a property is not simply selling walls but it means entering the history of the villa. The people who lived there. The psychology of those who sells and those who buys.

Our motto is to seek for each client the property of his dreams, his own nest.

The house is not just a building, but a living place to which we feel we belong. A place where we feel safe and secure and which, therefore, gives us stability. An intimate place of the soul where the roots of our identity lie.

The idea is well expressed by the German term Heimat: in your life you can change your home, but the idea of home never changes because it is the place of your soul.

The important villa Villa Finzi Léon Beaux was built around 1700 on a previous 12th century Castellazzo built by the Milanese to contrast it with that of Carcano at the time of the struggles with Barbarossa.

In the 1300s it was the birthplace of bishop Beltramino Parravicini, a lawyer at the papal court, bishop of Chieti, Como and Bologna. The presence of the Parravicini family is well documented by the swan sign still present on the outer wall of the old tower and on an old fireplace inside the villa. 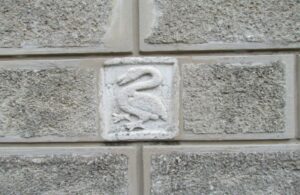 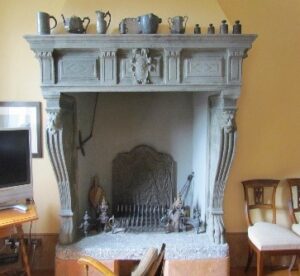 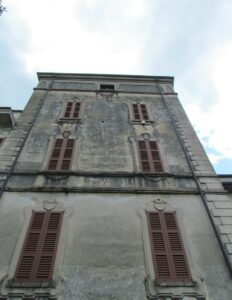 Subsequently these dominant positions, first chosen for defensive purposes, became the basis for the development of important stately, panoramic villas of different architectural styles during the 1700/1800.

In the case of Villa Finzi Léon Beaux, the castle tower has been incorporated into the villa, with an L-shaped development, with large openings within the natural garden that overlooks the lake of Alserio.

Surrounded by a large park, where there are viewpoints, grottos and greenhouses, the main access to the villa is through an imposing gate next to a neo-Rococo style gatehouse.

The villa takes its name from the various owners who have succeeded each other: Finzi, perhaps connected to the more famous Finzi Contini, later to Amelia Léon Beaux, married to a well-known Milanese industrialist. 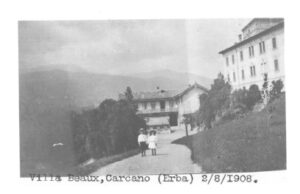 An  English family is the new property of this gorgeous villa.

For rent, For sale, Luxury